Acting courses can be a good way to hone your skills or to start a new career in the entertainment industry. These classes are also fun. Taking acting classes can help you improve your acting, improvising and public speaking skills.

Acting courses can be taken from a local college or university, or you can go online. Some colleges and universities offer acting degrees with a focus on screen, stage or textual analysis. Regardless of the course you take, you will learn about the performing arts, the business of acting and how to collaborate with filmmakers and other actors. You will also get a well-rounded education in acting, scriptwriting, directing, voice control, movement, and more.

A few of the most popular subjects taught in acting classes include character development, staging, monologue preparation, acting techniques, audition technique, and business skills. These courses can be very expensive. To cut costs, you should look for cheaper classes. However, if you are serious about becoming an actor, you should invest in a high-quality acting course.

It’s also wise to check out the acting classes for kids. This can help your child develop their public speaking skills. Kids are often paired with adult actors for one-on-one classes, and this can teach them how to work with others in a variety of settings. The act of playing in front of an audience is not always a natural talent, but taking acting classes can help you build your skills and confidence.

Many people choose to go to an acting class as a stepping stone to a more advanced career in the entertainment industry. Others choose acting courses as a way to recapture their passion for the arts. If you’re looking for a hobby that you can keep up with for years, acting classes can give you the tools you need to make the most of your time.

For beginners, the best classes are those that focus on the basics. There are many acting techniques, but the most effective ones are the ones you can actually practice. As you advance, you should look for more specific classes.

For intermediate actors, you’ll want to enroll in a small group class. Alternatively, you might consider taking a class that focuses on on-camera acting. Whether you’re planning to perform on the big screen, or on television, on-camera acting will require a different approach to the art. Your training will be geared more towards how you can use your body to effectively convey emotion.

Advanced actors are probably already familiar with many of the basic acting techniques. However, they may be seeking a deeper level of instruction. Having an uber-specific acting class can help you master a skill, and the best ones are often taught by the best teachers.

In the end, choosing which acting class to attend will depend on your personal goals and budget. If you’re on a tight budget, you should avoid the ‘biggest’ class and look for smaller, less expensive alternatives. 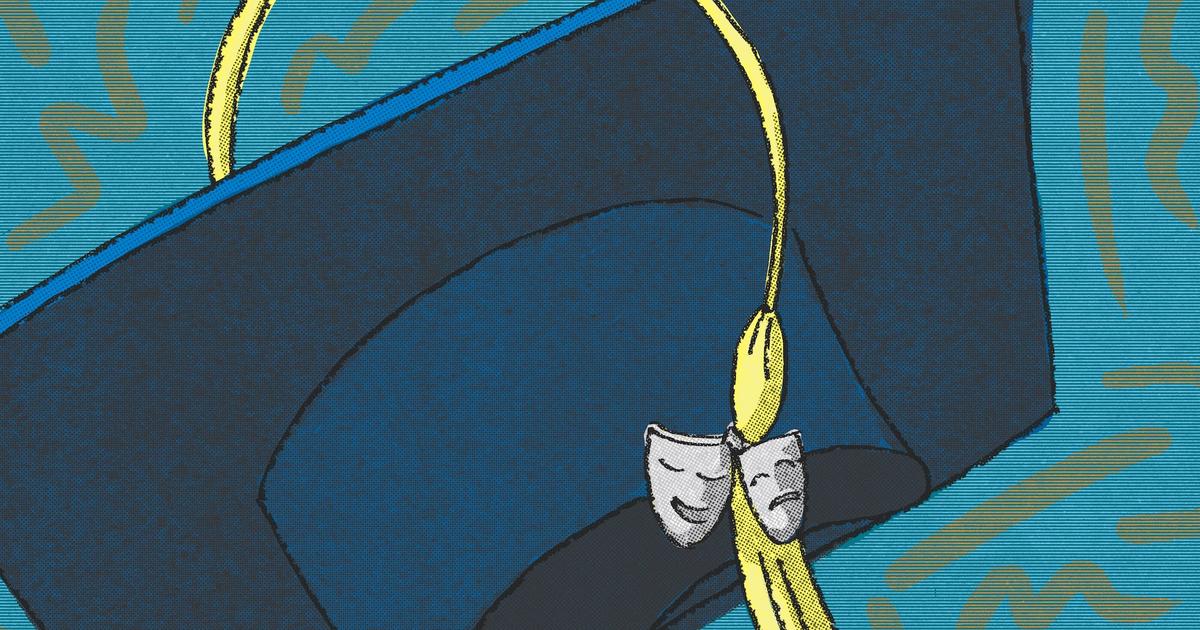 MFA acting programs focus on deepening the actor’s craft. The curriculum is a combination of on-camera and stage work. Through a series of intensive classes and workshops, students explore the various aspects of their craft and hone their skills. In addition to the academic training, the program also focuses on helping students become critical thinkers and industry entrepreneurs.

Students will have the opportunity to work with a wide variety of actors, directors, and other professionals. These include professional performers in the theatre, film, and television industries. A wide range of class offerings are available, including classical canon, acting theory, and script analysis. Most classes are taught in small groups and individual coaching is emphasized.

Actors must have a working knowledge of the human psyche and body. In addition to a strong acting skill, they must have an in-depth understanding of the dramatic literature they will be studying. They must be well-versed in the fundamentals of dramatic literature, character development, and motivation. This knowledge is the foundation of their work.

At the end of each semester, students are evaluated by an academic advisor. Students will also participate in a semester-long thesis project, which consists of a creatively challenging creative project and substantial written documentation. An MFA thesis is the final project of the year and serves as the opportunity for students to synthesize their learning and create their own work.

In the first two years of the program, students are enrolled in a 3-credit graduate seminar course that explores the essential elements of theater criticism, history, and literature. During the third year, students begin to increase their involvement with the Play House. It is through this program that students work with a variety of guest artists and directors to develop their craft as a professional actor.

Students are required to complete a minimum of 60 credits to earn their degree. Additionally, they must show evidence of national and regional recognition, significant mentoring, and documented professional activity. If they meet these requirements, they will receive their MFA.

Upon completion of the program, students are eligible to join the Actor’s Equity Association. This union, which primarily involves actors, is the largest American professional stage management union. Graduates of the program are employed by major theatres and agencies, such as Broadway, the Ahmanson Theatre, and Guthrie Theater.

The Master of Fine Arts in Acting is a competitive program designed to prepare students for professional careers in theatre. Students in this program are exposed to the professional world, and receive the opportunity to showcase their talents through taped audition submissions and through department-supported individual websites. As they progress through the program, they will also have the chance to work with leading industry professionals in a number of diverse workshops.

Graduates of the program have appeared in Broadway shows, television, and the film industry. Notable alumni include Mahershala Ali, Marcia Gay Harden, Corey Stoll, and Andre Holland. Some of the recent theatres in which graduates have performed include Arena Stage, the Oregon Shakespeare Festival, and the Ahmanson Theatre. 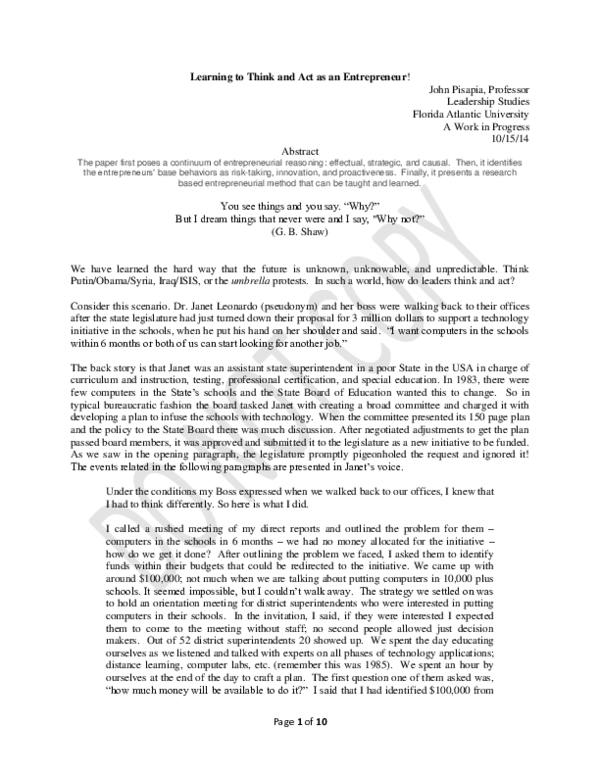 Thinking and acting like an entrepreneur can be a great way to set yourself apart from the pack. Entrepreneurs are risk-takers who are constantly on the lookout for new ideas. Successful entrepreneurs know that they can make their vision a reality. They know they can create new opportunities and make more money. And they have the drive and patience to make it happen.

One of the most important aspects of entrepreneurship is being able to work well with others. There are many benefits to having a team. It helps you to accomplish your goal faster and with less hassle. For example, having a cohesive team can give you the confidence to push your vision forward. Having a diverse group of people also makes it easier to attract investors.

A lot of entrepreneurial thinking goes into being able to recognize the best team to work with. This is something that you should never underestimate. Even if you are working for a large corporation, you should try to find a team that has the same passion and goals as you do.

One of the most fun parts of being an entrepreneur is having a group of dedicated people who are committed to your success. Using social media to connect with other entrepreneurs can help you find a group that is right for you. In addition, you can get advice from a business book or online course.

Another important element of being an entrepreneur is being a problem solver. Many entrepreneurs have a gift for spotting problems and solutions. Whether you’re inventing a better product, launching a new service, or even changing your entire career, you should always be on the lookout for ways to improve your business.

Being a leader isn’t about being the boss. An entrepreneur has to lead by example. When you are leading, you should take the time to ask yourself questions such as, “What do I need to do to be successful in this new role?” and “What is holding me back?” You should be prepared to do everything possible to succeed in your role.

Taking the time to figure out what you are actually good at and putting it to good use will pay off in the long run. If you aren’t good at something, then find another task that you are and focus on it. Often, finding a new skill can help you feel more confident.

Who is Kyle McDaniel?

Kyle McDaniel is an experienced actor who has been in the entertainment industry for over a decade. He began his career as a child actor, appearing in commercials and small television roles. As he grew older, he moved into more prominent roles on television and film.

Kyle’s most notable role was playing the lead character in the hit series “The Middleman”. The show ran for three seasons and earned him critical acclaim for his performance. He also starred in several films, including “The Last Stand” and “The Big Sick”.